Heightmaps can be exposed to various forms of erosion. This includes liquid-based river erosion, which forms channels and valleys, aeolian erosion, which wears off rocks by dust particles in the wind and near-shore erosion caused by the surf of seas. Various factors such as duration of the erosion, hardness of the rock and density of the ablated material are considered in the simulation. In addition to the eroded heightmaps it’s possible to generate masks for the subsequent texturing of the landscapes, that represent the individual areas such as erosion channels, rock, debris, etc. 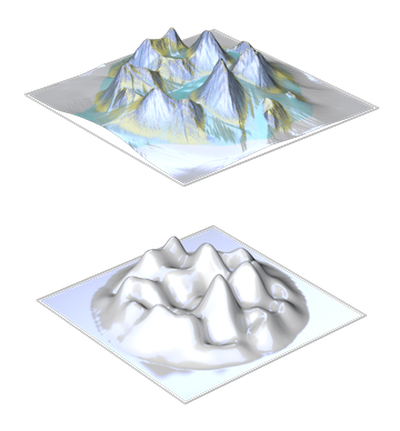